The SABSA Whitepaper summarizes SABSA. SABSA is a method for developing risk-driven enterprise information security and information assurance architectures. It is an open standard, comprising several frameworks, models, methods and processes, free for use by all, with no licensing required for end-user organisations who make use of the standard in developing and implementing architectures and solutions. 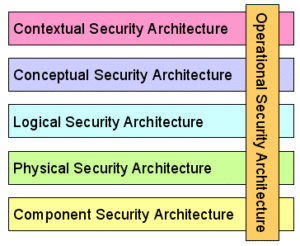 At the heart of the SABSA method is the SABSA Model, a top-down approach that drives the SABSA Development Process. This process analyses the business requirements at the outset, and creates a chain of traceability through the SABSA Lifecycle phases of ‘Strategy & Planning’, ‘Design’, ‘Implement’ and ongoing ‘Manage and Measure’ to ensure preservation of the business mandate. Framework tools created from practical experience, including the SABSA Matrix and the SABSA Business Attributes Profile, further support the whole method.

The SABSA Institute develops and publishes SABSA, and the SABSA whitepaper. The SABSA Institute envisions a global business world of the future, leveraging the power of digital technologies, enabled in the management of information risk, information assurance and information security through the adoption of SABSA as the framework and methodology of first choice for commercial, industrial, educational, government, military and charitable enterprises, regardless of industry sector, nationality, size or socio-economic status, and leading to enhancements in social well-being and economic success.

You can access the SABSA whitepaper from the SABSA Institute.

Any cookies that may not be particularly necessary for the website to function and is used specifically to collect user personal data via analytics, ads, other embedded contents are termed as non-necessary cookies. It is mandatory to procure user consent prior to running these cookies on your website.

SAVE & ACCEPT
Scroll to Top